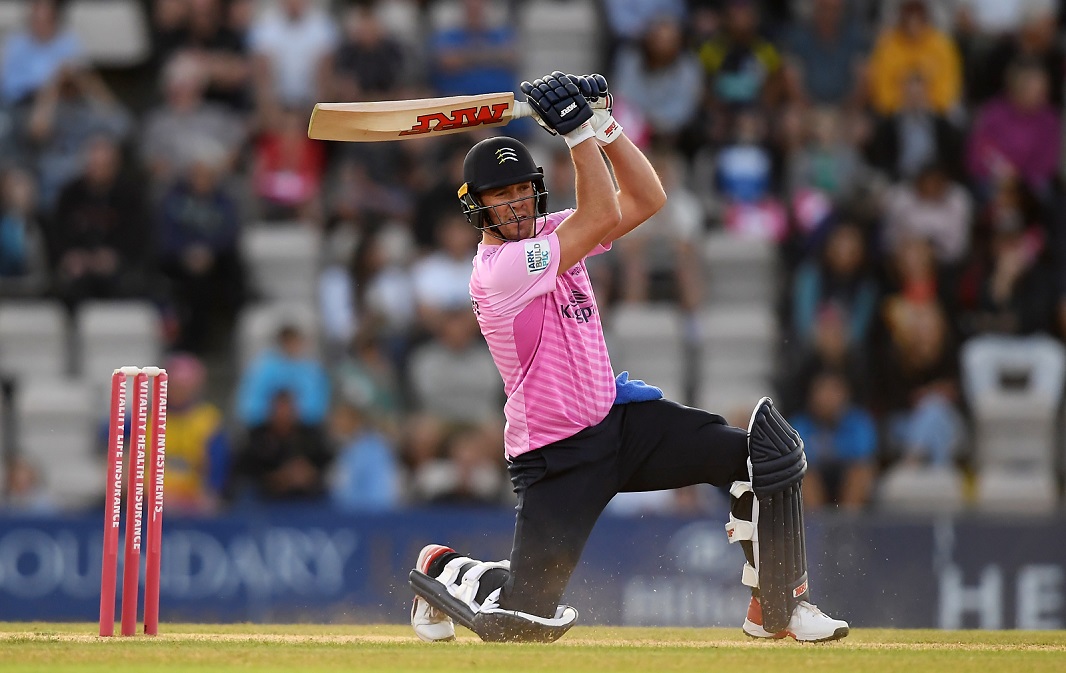 Posted at 11:11h in Uncategorized by Jim Hindson

AB de Villiers has confirmed his status as one of the most dominant batsman in T20 cricket after making further gains in the Player Index.

Following the conclusion of the Vitality Blast group stage, the South African is the highest-ranked specialist batter in the world after rising to 15th in the standings.

De Villiers finished the preliminary stage with the highest average of any player, having scored 337 runs at 84.25 across seven outings for Middlesex.

The 35-year-old is the only mover in the top 15, with West Indies allrounder Andre Russell continuing to lead the rankings.

Glenn Maxwell has struck 291 runs and taken five wickets for Lancashire in the Blast to put pressure on Russell at the top.

The Blast has showcased the talent of numerous young players, not least Somerset’s Tom Banton, who is the biggest climber in the top 500.

Banton (549 runs) finished the group stage as the competition’s second-highest scorer behind team-mate Babar Azam, ensuring he rose 740 places during the tournament to No.329.

Pakistan’s Babar has gone to 47th in the standings thanks to some eye-catching displays for the Taunton club.

Cameron Delport helped Essex reach the quarter-finals in the final round of matches and has hit the most number of sixes, clearing the rope 24 times to help him sit in 53rd place overall.

The most proficient bowlers in the Blast have meanwhile both soared to career-high positions in the last recalculation of the T20 Player Index.

Derbyshire’s Ravi Rampaul and Matthew Parkinson of Lancashire both finished with 21 wickets to help their respective sides into the knock-out stage.