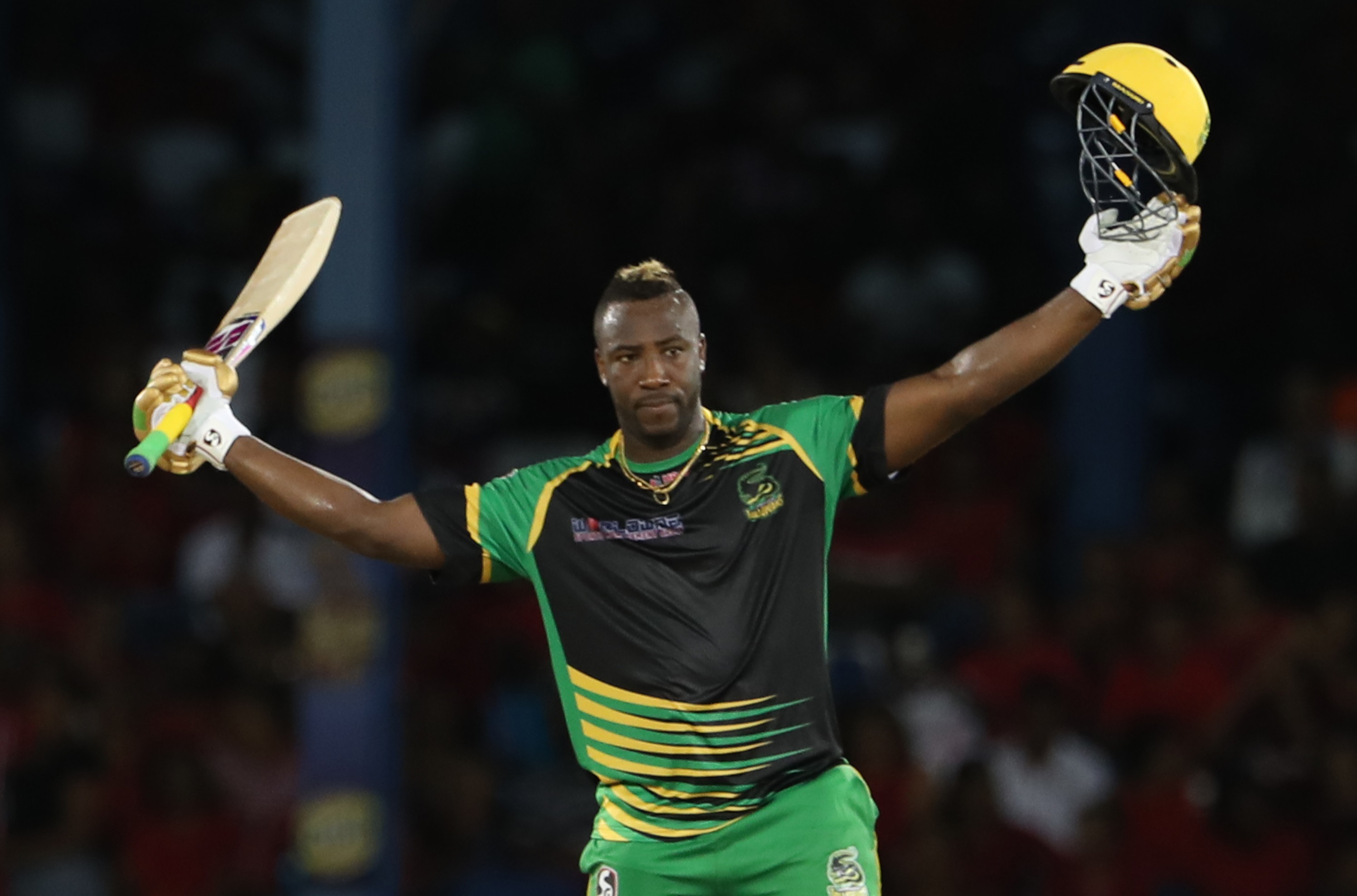 Posted at 16:26h in Uncategorized by Jim Hindson

Andre Russell’s extraordinary performance for Jamaica Tallawahs against Trinbago Knight Riders has seen the allrounder increase his lead at the top of the T20 Player Index.

Russell consolidated his position as the best T20 player in the world with a brutal 121 not out off 49 balls and a hat-trick in a dramatic final-over Caribbean Premier League win in Port of Spain.

He now tops the Index – a unique ratings system which uses a complex formula to rank players in major franchise T20 matches and international T20 games over a three-year period – by 30 points. That lead was just four points a week ago.

Among those players moving up the standings thanks to their performances in the early rounds of the CPL are Colin Munro and Ben Cutting.

Meanwhile, even Sohail Tanvir could not stop Australian allrounder Cutting from rising up the rankings. Cutting, who began the week 83rd in the world, was given a double middle-finger send-off by Tanvir during the clash between Guyana Amazon Warriors and St Kitts & Nevis Patriots last week.

However, it is the Aussie who has had the last laugh. He is up 21 places to 62nd overall.

Barbados Tridents were thankful to Shai Hope for his match-winning 88 from 45 balls in their only match so far and he is expected to rapidly rise up the Index – and is up 299 places to 783th place..

Hope, the West Indies international, has only played four ranking T20 matches in the past three years – the eligibility period for the Index – and is up 13 places to 67th place in the CPL list at present.

Another player who is likely to be on the rise as the competition goes on, especially if his initial performance is anything to go by, is Raymon Reifer.

Hope’s colleague at the Tridents took 5-20 in four overs in his only outing so far.

Keep an eye, too, on Ali Khan of Trinbago, who has the most wickets in the competition, despite having only played one ranking T20 match previously.