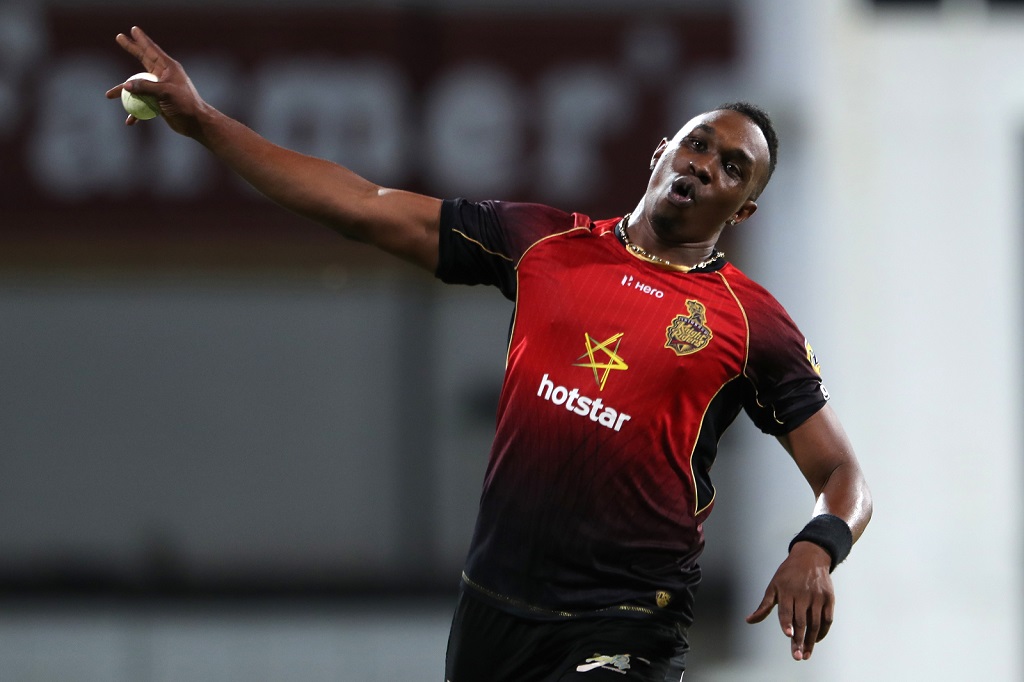 Posted at 14:45h in Uncategorized by Jim Hindson

Dwayne Bravo has climbed to six in the T20 Player Index after his recent performances for Trinbago Knight Riders.

Allrounder Bravo hit 37 in just 11 balls to give Trinbago a fourth successive victory in the competition and ensure he is the only player in the CPL, with 50 or more runs to their name, to have a tournament strike rate in excess of 200 – the T20 veteran’s figure stands at a phenomenal 253.7 in this year’s competition

Andre Russell continues to lead the Index, with Sunil Narine second in the standings.

Colin Munro, the hard-hitting New Zealand batsman, is up to 23rd in the world after smashing 76 off 50 balls for Trinbago and is the CPL’s top runscorer.

Munro’s countryman, Colin de Grandhomme, only played his first games of this year’s edition for Jamaica and made an immediate impact by striking 29 from 13 deliveries faced across both matches. He sits 37th overall in the standings.

Imran Tahir’s miserly bowling in the CPL has seen him improve his world standing, moving up to 38th in the overall Index with a CPL economy rate of under six runs per over to go with his 13 wickets.

Sohail Tanvir is up to 76th after helping Guyana Amazon Warriors to two wins this week. His unbeaten 37 off 20 with the bat saw them over the line with one ball to spare against St Kitts & Nevis Patriots, and his key dismissals of Martin Guptill and Steve Smith helped to set up a more comfortable victory over Barbados Tridents.