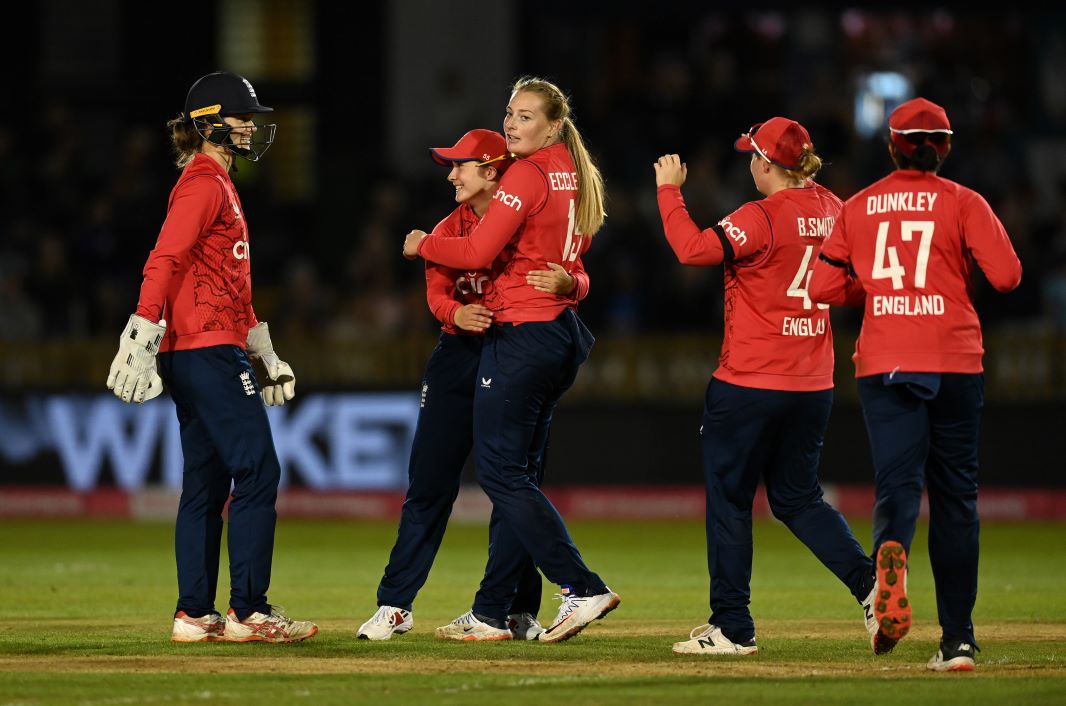 Posted at 09:51h in Uncategorized by Jim Hindson

Sophie Ecclestone and Amelia Kerr lead the chasing pack after climbing to career-high positions in the women’s T20 Player Index.

The pair are fourth and fifth respectively in the latest standings, behind an unchanged top three.

Sophie Devine, No.1 since February 2020, leads from Beth Mooney and Marizanne Kapp.

Ashleigh Gardner (No.8) and Smriti Mandhana (No.12) have equalled their best previous ranking while Emma Lamb (No.29) and Shafali Verma (No.30) have broken new ground.

The new standings account for performances in the Commonwealth Games, The Hundred and the ICC Women’s T20 World Cup Qualifier 2022, as well as in bilateral series across the world.

Ecclestone has been among the bright spots for England this summer. Across all T20s, she has claimed 27 wickets at 16.14 and is ranked top of the ODI and 20-over standings.

New Zealander Kerr, the legspinner and top-order batter, claimed 14 wickets and scored 210 runs across the Commonwealth Games and The Hundred.

Laura Wolvaardt led the run-scoring during the 100-ball competition with 286 runs in six innings to climb to a career-best No.37.

Leading wicket-taker Amanda-Jade Wellington took 17 scalps for Southern Brave and is up to No.27 while Alana King – who claimed the first hat-trick in the women’s comp – is No.33 having returned the best economy rate at 4.5 runs-per-set.

Eighteen-year-old Alice Capsey has continued her speedy rise up the Index.

Part of Oval Invincibles’ successful defence of The Hundred (118 runs, strike rate 142.2, eight wickets at 12.37, five catches), she also played a key role in England’s series win over India. The reward is an improvement of 33 places to No.22, and with no points to defend for another 18 months further improvements are on the way.

After being at the centre of much discussion following the climax of the England v India ODI series, Charlie Dean will be encouraged by her rise into the top 100 for the first time (No.93) alongside speedster Issy Wong (No.78), keeper-batter Sarah Bryce (No.83) and tall quick Lauren Bell (No.96).

The next calculation period is punctuated by the eighth edition of the Women’s Big Bash League, which gets underway on October 13 and runs until late November.