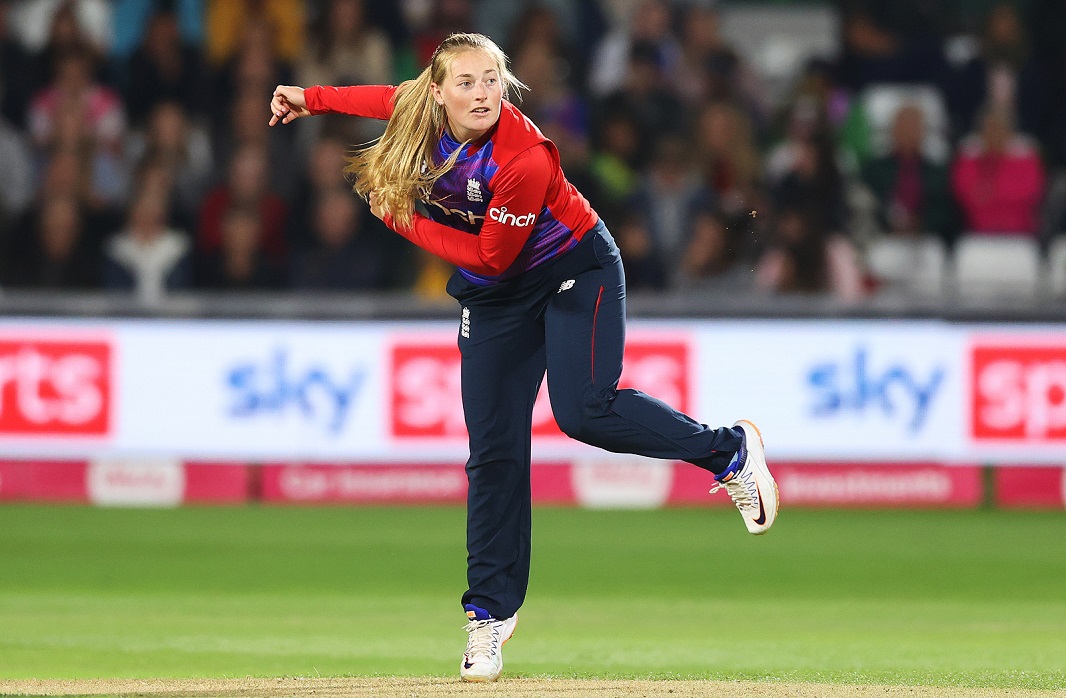 Posted at 13:54h in Uncategorized by Jim Hindson

Sophie Ecclestone has underlined her status as one of the outstanding white-ball spinners in the world by climbing to a career-best No.9 in the latest women’s T20 Player Index.

The England spinner claimed five wickets and recorded scores of 31* and 32* for Manchester Originals in The Hundred to break into the top 10 for the first time.

New No.6 Marizanne Kapp was named player of the match in the final as she led Oval Invincibles to victory over Southern Brave at a packed out Lord’s.

Kapp struck 26 with the bat and then claimed remarkable figures of 4-9 from 18 balls, three of which came in back-to-back sets of five, to secure victory.

The display drew a line under a fine tournament; she only played five matches due to injury but picked up 11 wickets and clubbed 150 runs at a strike-rate of 122.95.

International and Hundred teammate, as well as partner, Dane van Niekerk is up to a career-high position of No.14 after marshalling the Invincibles to the title with a tournament-best 259 runs.

Another component of the Invincibles’ success, top wicket-taker Tash Farrant with 18, jumps from outside the top 200 to No.48.

Seventeen-year-old Alice Capsey only joined the rankings in July and is already up to No.55 after stellar displays in the Charlotte Edwards Cup and The Hundred for the victorious South East Stars and the Invincibles.

Across both tournaments which she ended with winners medals, the teenager has scored 353 runs and taken 17 wickets and without any Index points to defend over the next two years is destined to soar up the rankings.

Eve Jones, the Central Sparks and Birmingham Phoenix batter, scored 509 runs this summer to rise to No.82.

Meanwhile, leading wicket-taker in the Regional T20 for eventual winners the Stars, Bryony Smith has also broken into the top 100 for the first time thanks to her 18 wickets this season.