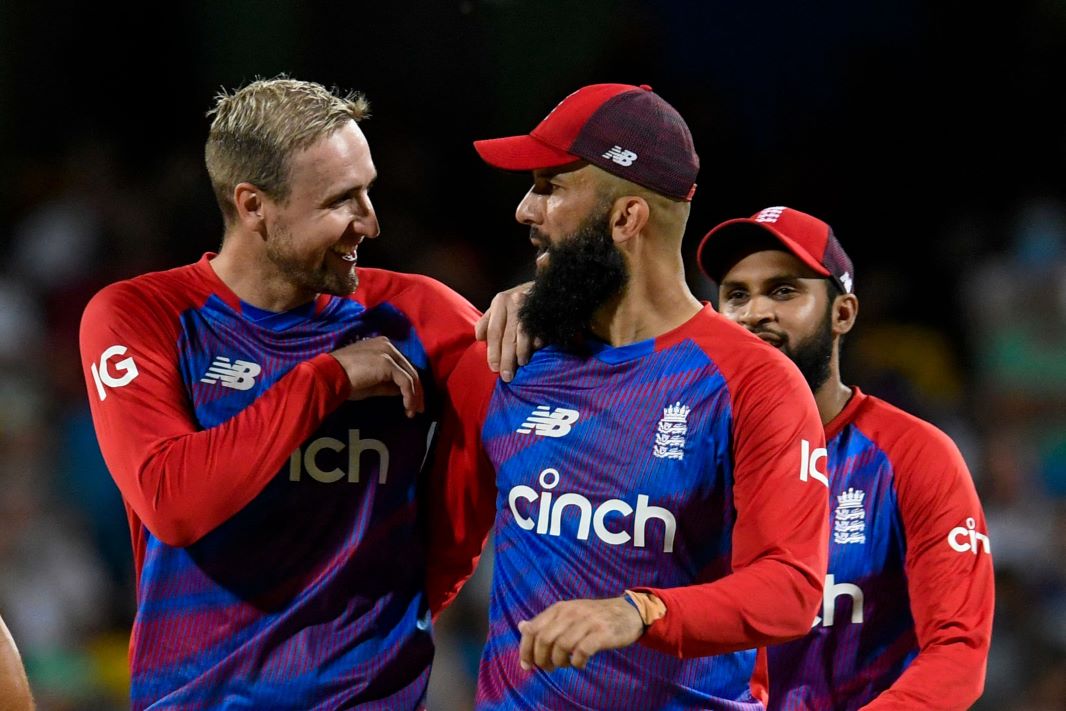 Posted at 19:30h in Uncategorized by Jim Hindson

After successfully leading his team to a thrilling series win in Pakistan as stand-in captain and enjoying a rich vein of form with the bat, Moeen Ali has climbed to No. 2 – an all-time high position for the talented all-rounder.

But none of the English trio have been able to knock Rashid Khan from the top spot. Having stubbornly stayed at No. 1 since June, the latest rankings see Afghanistan’s superstar extend his lead after an excellent CPL.

Despite his St Kitts & Nevis Patriots franchise crashing out early, Khan’s economy rate of 4.80 was the lowest posted by anybody in the competition bowling more than five overs – he conceded just 96 runs from 20 overs.

Successful CPL campaigns also saw a number of West Indian players climb the charts. Brandon King – the tournament’s highest scorer (422 runs at a strike rate of 135.3) and who made an unbeaten 83 from 50 balls in the final for the victorious Jamaica Tallawahs – climbs to No. 181 and into the top 200 for the first time.

Up 40 places to No. 137, all-rounder Odean Smith had the CPL’s highest strike rate and chipped in with 11 wickets. While highest wicket-taker Alzarri Joseph climbs over 100 places to No. 145.

Jason Holder has a new career-high in the Index, sitting just outside the top 10 at No. 14. That’s three spots above Kieron Pollard, who falls out of the top 10 for the first time since May 2019.

And outside the established nations, the highest new entry is Piyush Kumbare (No. 766). He’s the first Japanese player to appear in the top 1,000 of the Men’s T20 Player Index and, following Japan’s recent victories over Indonesia and South Korea, he is joined by countryman Kendel Kadowaki-Fleming (No. 826).