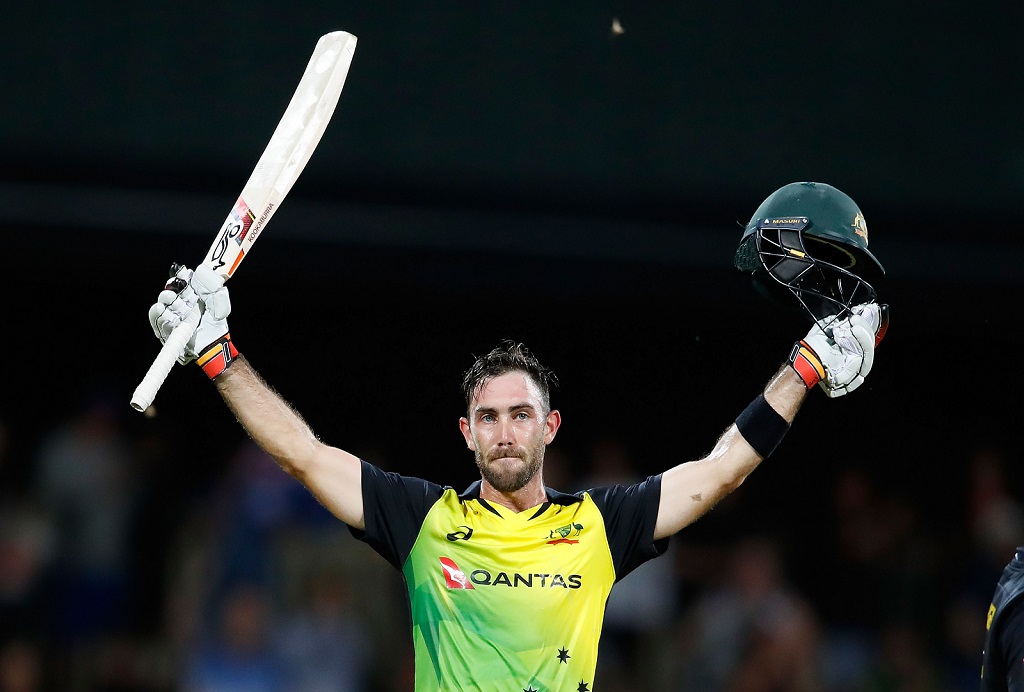 Posted at 09:45h in Uncategorized by t20worldrankin

Glenn Maxwell, has been announced as the current world No.1 in the new T20 Player Index, the first system to evaluate players’ performance in both domestic and international cricket. The Australian all-rounder, who struck 103 runs against England at Hobart, is narrowly ahead of West Indian all-rounder Sunil Narine. Maxwell’s outstanding performances with bat, ball and in the field see him top the list, which takes into account his performances in all international and domestic cricket over the last three years. Maxwell will be looking to add to his points tally of 786 in the forthcoming Pakistan Super League which starts later this week. He will face stiff competition from his closest pursuers, in a competition which features nine of the top 20 players in the world. The Indian Premier League which begins on April 4th will see significant changes to the standings, with 58 of the top 100 players in the world scheduled to take part.

FICA, the global players’ representative body and The Cricketer Publishing Limited (TCPL), owner of The Cricketer Magazine (the world’s best-selling cricket publication) and Cricket Archive (the world’s largest single-sport sport database) have joined forces to create an internationally recognised transformative Index to measure the performance of Twenty20 players against their peers across all major domestic T20 competitions worldwide and T20 internationals

The T20 Player Index is the product of 18 months’ work between FICA and TCPL with leading cricket statisticians, data scientists and in consultation with player representatives and players to create a meaningful, evidence-based approach to determine a world standing for every player representing their club, franchise or country.

Tony Irish, Executive Chairman of FICA commented: “The unrelenting growth of T20 has seen players delivering outstanding performances for teams in all corners of the cricketing world. Players and fans want to know who the best player in the world is at any one time and the new Player Index does exactly that.

“We have drawn inspiration from other global player performance indices, such as those in golf and tennis, and by involving players in every step of the design of the Index we have created what we believe will be the definitive judge of complete player performance across the global T20 landscape.”

Guy Evans-Tipping, Chief Executive of The Cricketer Publishing Ltd, commented: “With almost all major cricket nations now running domestic T20 competitions, both FICA and TCPL recognised the opportunity to create a system which takes into account player performances in all these leagues. Our game has evolved dramatically since the advent of Twenty20, leaving traditional metrics for judging performance in this format outdated; runs and wickets alone are no longer an adequate measure of success.

“To truly judge a player’s value, we need to look at the impact of performances in a much more sophisticated way. The T20 Player Index does that, looking at the context of performance within a team and match situation, taking into account a whole range of new metrics such as quality of opposition, the match situation and the impact of that performance on the match. In T20 cricket scoring 40 runs at a strike-rate of 100 when chasing 180 should not be viewed more favourably than scoring 20 from 10 deliveries at the death.

“The T20 Player Index represents a step change in how we judge T20 players and we look forward to crowning the world’s best player at the end of the yearly cycle, which concludes with the IPL at the end of May.”

The Federation of International Cricketers’ Associations (FICA) was established in 1998 to co-ordinate the activities of all national players’ associations which protect the interests of professional cricketers throughout the world. It brings together the world’s cricketers, regardless of nationality, religion, political persuasion or race, under an international body focused on matters of general interest to the game and its players. More information on FICA can be found here: www.thefica.com / @fica_players

The T20 Player Index (the Index) is administered by the Federation of International Cricketers Association (FICA) and the Cricketer Magazine / Cricket Archive. The Index is a performance measurement system of all cricketers who currently play Twenty20 cricket (at both domestic and international level) anywhere in the world designed to determine who is “the best” Twenty20 cricketer in the world. The Index is not affiliated, associated, authorised, endorsed by, or in any way officially connected with the International Cricket Council (ICC) or any national cricket board, or any of their subsidiaries or their affiliates.