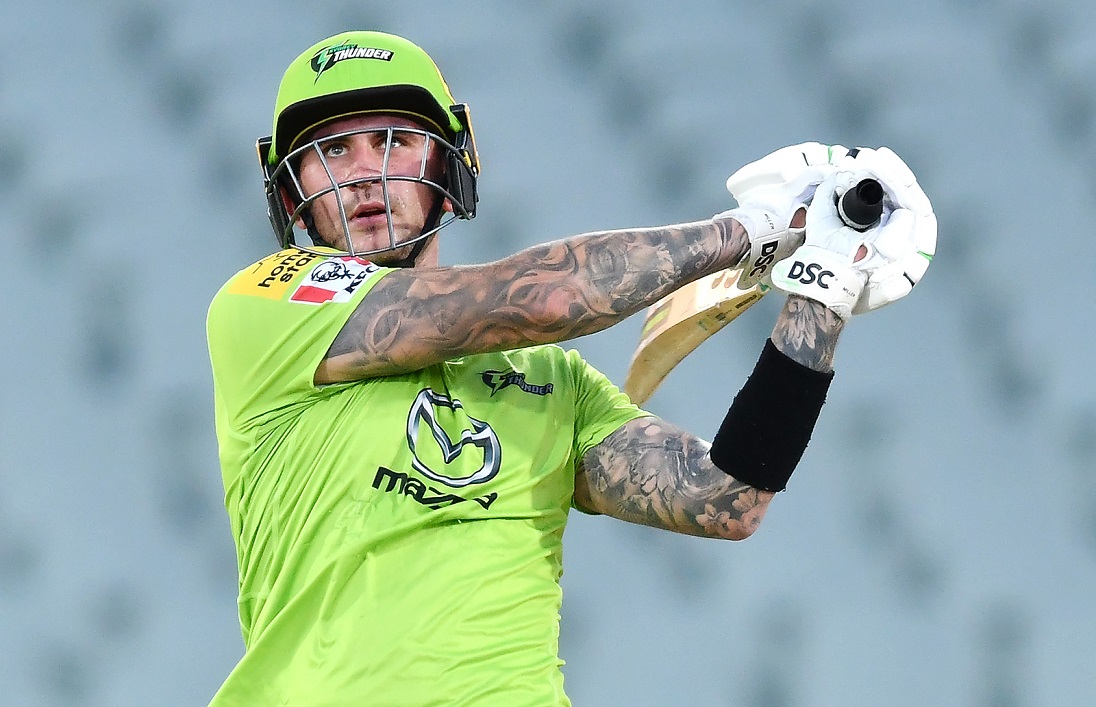 Posted at 09:11h in Uncategorized by Jim Hindson

Sydney Thunder’s Hales struck 543 runs at a strike-rate of 161.60 thanks to a century and four fifties during another remarkable competition.

Vince, meanwhile, produced player of the match displays in the Qualifier and Final with scores of 98* and 95 to inspire Sydney Sixers to back-to-back titles.

The Hampshire batsman finished on 537 runs after hitting the most fours (59) across the 10th edition of the BBL.

Hales is up to 21st in the rankings, while Vince is the new 56th.

Top three Kieron Pollard, Andre Russell and Rashid Khan – the only one of the trio involved in the Big Bash – remain unchanged.

Former No.1 Glenn Maxwell is fourth after scoring 379 runs and taking seven wickets for Melbourne Stars.

Afghanistan spinner Mujeeb was among the most frugal bowlers in Australia, finishing with the lowest economy rate of anyone to bowl more than 10 overs (6.26).

Twenty-one wickets for Andrew Tye sees him climb from 222nd in the rankings to 65th, while Ben Cutting (87th) and Alex Carey (97th) enjoyed significant rises after spells outside the top 100.

Mitchell Marsh’s 315 runs and four wickets sees him soar to a career-best 102nd up from a pre-tournament position of 300th.