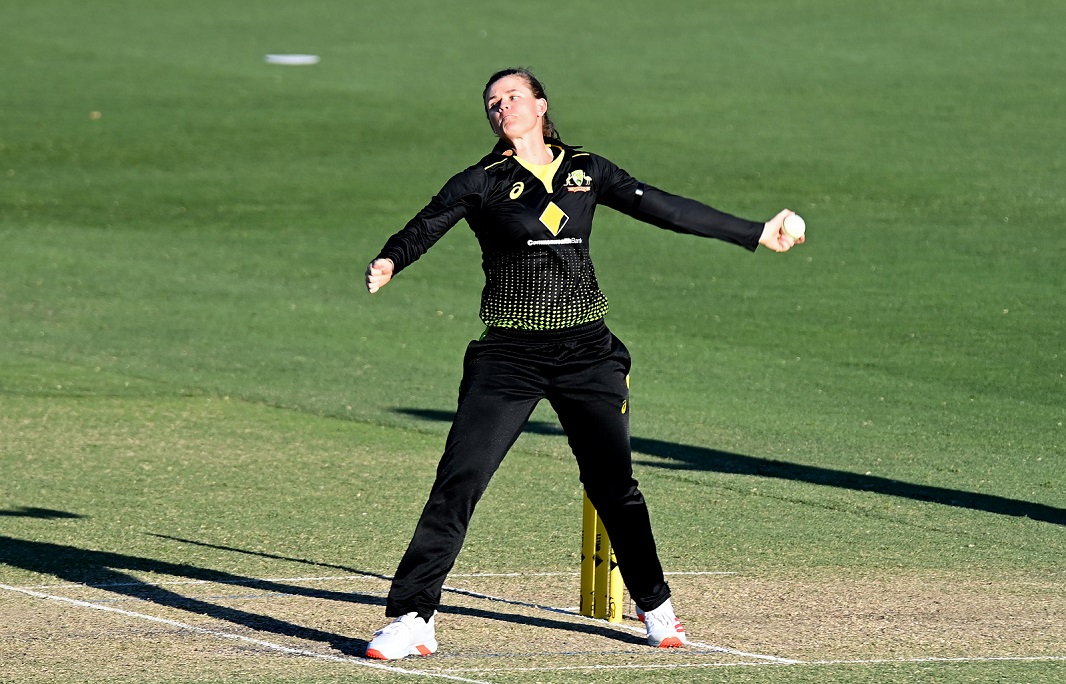 Posted at 12:46h in Uncategorized by Jim Hindson

Australia spinner Jess Jonassen is up to a career-high ranking of third in the women’s T20 Player Index.

The reigning world champions returned after more than six months without a match to claim a 2-1 series win over New Zealand, whose captain Sophie Devine remains top of the rankings ahead of the injured Ellyse Perry following the latest recalculation.

Jonassen was key to the success, finishing with an economy rate of 5.00 from her 11 overs across the three matches.

Top run-scorer from the series, Ashleigh Gardner (90 runs, SR 145.16) is up to 12th in the standings while Kiwi counterpart Amy Satterthwaite (31st) hit 69 to climb back inside the top 50.

The 28-year-old scored 110 runs and claimed four wickets to climb one place to seventh, her highest position for nearly a year.

Teammates Katherine Brunt (28th) and Tammy Beaumont (62nd) both made gains during the latest update.

Deandra Dottin ended up on the losing side but she finished with more runs than anyone (185 runs, SR 112.12) and took two wickets to rise 20 places to 15th overall.

The top 300, meanwhile, is graced for the first time by Windies bowlers Aaliyah Alleyne (237th) and Sheneta Grimmond (288th).

After a clutch of international matches, franchise competitions will now take centre stage with the Women’s Big Bash League and India’s T20 Challenge scheduled over the coming weeks.