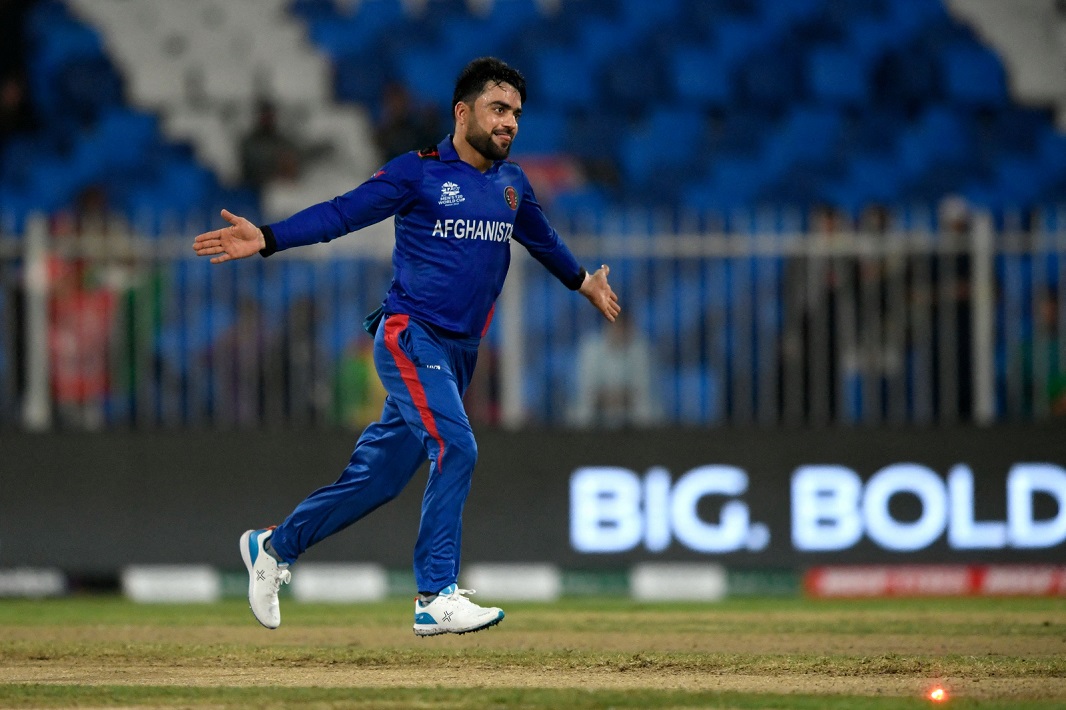 Posted at 16:22h in Uncategorized by Jim Hindson

Rashid Khan has ended Kieron Pollard’s 13-month spell as No.1 in the men’s T20 Player Index following an impressive start to the Super 12s at the World Cup.

The Afghanistan legspinner becomes the fifth different player to reach the summit since the standings were launched in 2017.

Pollard, Glenn Maxwell, Andre Russell and Sunil Narine are the only other players to grace the top spot down the years.

Seven wickets across three appearances at an economy rate of 4.74 has helped Rashid leapfrog the West Indies captain, having been among the top five since May 2018.

Elsewhere, Shakib Al Hasan’s 11 wickets and 123 runs for Bangladesh sees him climb up to No.12 while Sri Lanka’s own leggie Wanindu Hasaranga (PWH de Silva) in up a career-best No.26.

David Wiese has been Namibia’s outstanding performer during their record-breaking run during the T20 World Cup with 143 runs and four wickets to climb back inside the top 50 (No.48).

Pakistan’s strong start to the competition is reflected by a number of players enjoying improvements.

Captain Babar Azam is No.18 while Mohammad Rizwan (No.56), Hasan Ali (No.52) and Shaheen Shah Afridi (No.64) are up to lifetime best positions.

Scotland can also boast several players in career-high places in the including leading batter Richie Berrington (No.208) and top wicket-taker Josh Davey (No.331).