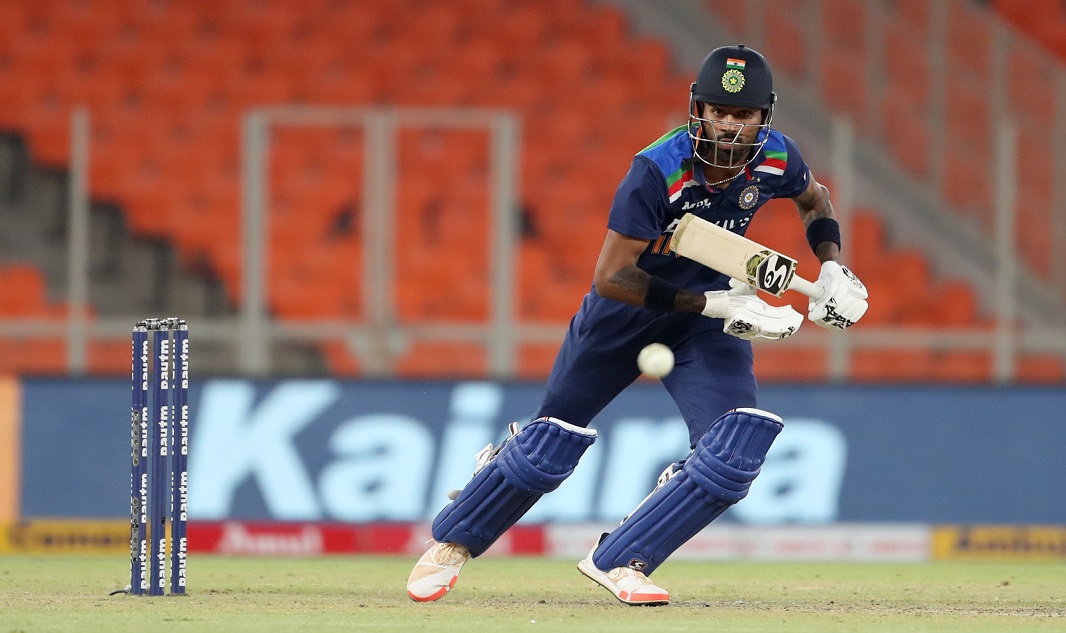 Posted at 12:37h in Uncategorized by Jim Hindson

Hardik Pandya is closing in on becoming the fifth different player to top the men’s T20 Index after an inspired series for India against England. The allrounder warmed up for the defence of Mumbai Indians’ Indian Premier League title by climbing to a career-best ranking of No.2 behind Kieron Pollard.

Pandya scored his 86 runs during the series at a typically breezy strike rate of 140.98, but it was with the ball where he was most significant. Deployed across the innings, the 27-year-old took three wickets and went at just 6.94 across his five outings thanks to some subtle changes of pace and length.

The 14th edition of the IPL provides the opportunity for Pandya to become world No.1 but he’ll require better returns with the bat. Posting in excess of 400 runs (as he did in 2019) at a strike-rate of around 180 is key.

Having not bowled during the last tournament in the United Arab Emirates, a haul of 15 wickets or more at an economy rate of around 7.50 will help his cause. If he performs with bat and ball, hopes of overhauling Pollard could ultimately come down to his fielding. He has 89 catches in his 157-game T20 career.

The leading batter of the India-England T20i series, Virat Kohli climbs 16 places in the rankings to world No.15, after his 231 runs gave him an average of 115.50. A bumper IPL could also see Indian teammates KL Rahul, Jasprit Bumrah and Shikhar Dhawan challenge for a place in the world top three.

Though current No.1 Pollard had a relatively quiet series with bat and ball as West Indies duelled with Sri Lanka, the No.1 still left his mark during the three-match series in Antigua. He became just the third player in international cricket to hit every ball of an over for six off Akila Dananjaya during the first T20.

England and Rajasthan Royals trio Jofra Archer, Ben Stokes and Jos Buttler all enjoyed major improvements after encouraging displays in India. Archer is back into the top 10 and up to a career-high standing of seventh thanks to his seven wickets and an economy rate of 7.75. Meanwhile, Stokes is up to 13th following his 84 runs, a strike rate of 150 and three wickets with the ball, while Buttler is 16th after smashing 172 runs across the series at 147.

Suryakumar Yadav made a long-awaited bow in international cricket with 89 runs in his three outings to climb to a career-best 46th. Shardul Thakur’s excellence at the death landed him with eight wickets and a rise of 15 places to 64th in the standings.

Wanidu Hasaranga claimed eight wickets and an economy rate of 5.25 from three games against the Windies to soar 54 places to 29th, and there was good news too for Australia’s Ashton Agar (36th) whose eight Kiwi wickets has launched him into the top 40 for the first time.