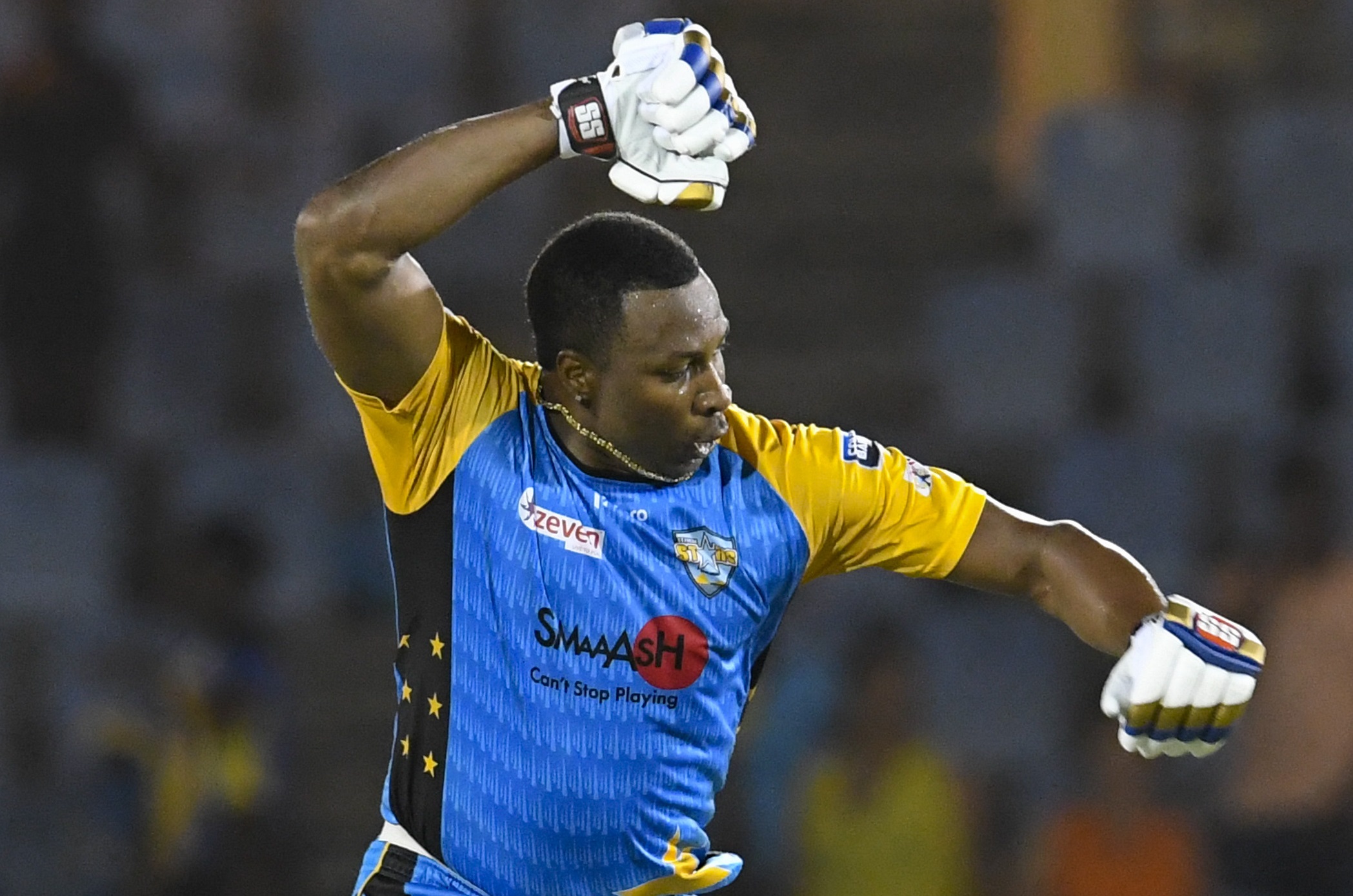 Posted at 15:16h in Uncategorized by Jim Hindson

Kieron Pollard hit form for St Lucia Stars this week, climbing up the Player Index to 21st in the world.

While his unbeaten innings of 65 runs from just 23 deliveries was ultimately in vain against Trinbago Knight Riders, he followed up with a century (104) in the Stars’ 38-run victory over Barbados Tridents the next day.

Pollard is now the second highest runscorer in this year’s competition with 239 at a strike-rate of 158.2, hitting 19 per cent of deliveries faced to the boundary, as well as picking up four wickets and three catches.

Andre Russell has lost ground at the top of the Index, scoring just 16 runs from four innings in the past week. He does, however, lead the tournament for wickets taken (9) and most catches (5) and retains top spot ahead of Sunil Narine who also dropped 12 points last week. They also remain the world No.1 and No.2.

Two big innings this week from Darren Bravo (94 off 36 and 50 off 35) have helped Trinbago to two important victories and joint top spot in the table. He climbs 10 places into the top 50 and currently has the most sixes in the tournament (19), striking at 167.2 in the CPL.

Guyana Amazon Warriors’ Shimron Hetmyer continues his rise up the Index, also climbing 10 places into the top 50 with the third highest strike rate (182.0) of anyone with 100-plus runs (behind Russell and Shai Hope).

By far the lowest economy rate in the competition (from a minimum of overs) goes to St Kitts & Nevis Patriots’ Nepalese international Sandeep Lamichhane. The 18-year-old legspinner has bowled 11 overs at 4.55, taking five wickets in the process. He sits just outside the CPL top 50 but has climbed well inside the world’s top 500 for the first time during the tournament.

The next best economy rate is 6.32 by Imad Wasim of Jamaica Tallawahs who also has five wickets and has climbed two places to number 13 in the CPL Index.

Imad’s team-mate Glenn Phillips is another on the rise further down the Index, moving up to No.40 after scoring 222 runs in the past week. He is currently the tournament’s third-highest runscorer.