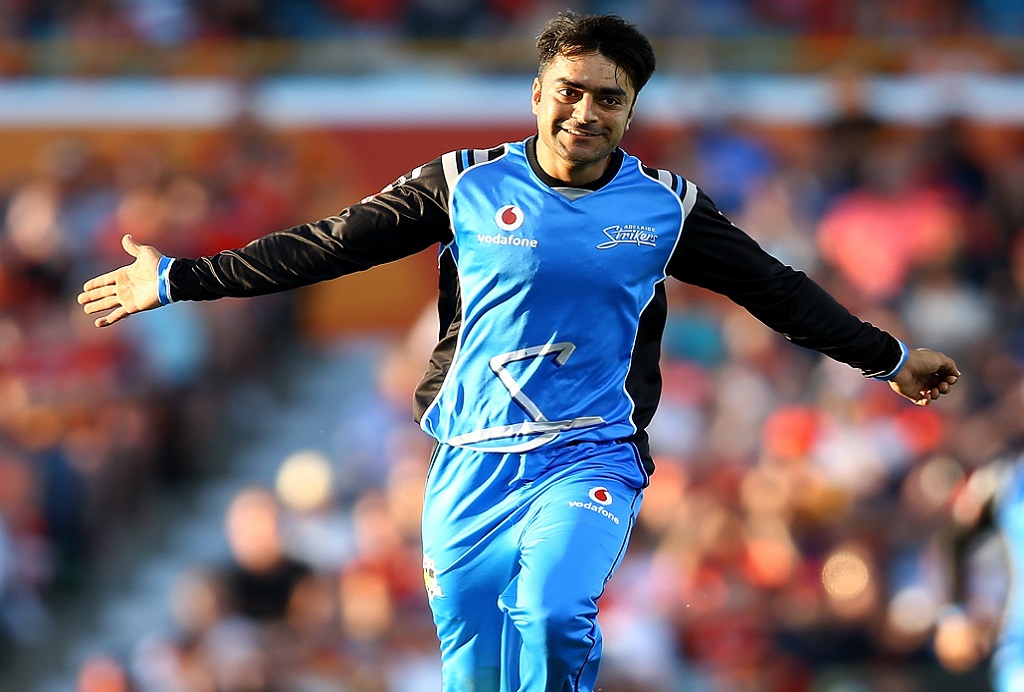 Posted at 17:23h in Uncategorized by Jim Hindson

Khan, who has rapidly become one of the world’s most sought after T20 commodities, has taken 135 wickets at 15.14 in T20 cricket. He took 18 wickets in 11 matches for Adelaide as the Strikers were crowned BBL|07 champions and is returning to Sunrisers Hyderabad for the 2018 Indian Premier League

Since the previous Index update, Khan has claimed five wickets at an economy rate of 5.25 in two matches to help Afghanistan defeat Zimbabwe in their recent series.

After returning from a one-year doping ban Andre Russell has re-appeared in the top 100, rising 31 places to No.87. The explosive allrounder is currently plying his trade in the Pakistan Super League – the Jamaican has taken four wickets and scored 26 runs at a strike-rate of 161 in three innings for Islamabad United. Russell won the 2015/16 PSL with Islamabad and finished as the tournament’s leading wicket-taker with 16.

Of all the players in the Index, ‘Dre Russ’ leads the way in tournaments won, with six T20 titles to his name. That puts him out in front of West Indies compatriots Dwayne Bravo and Samuel Badree (four) and a chasing pack who have won three.

Also breaking into the top 100 are Englishmen, Dawid Malan (100), Liam Dawson (95) and Joe Denly (93). Malan has made an eye-catching start to his international T20 career, notching 250 runs at an average of 50.00, including a highest score of 78 on his debut against South Africa last year.

Hampshire spinner Dawson claimed three for 20 for Peshawar Zalmi as his team defeated Lahore Qalanders by 10 wickets in their most recent match, while Kent’s Denly is representing Karachi Kings.

Meanwhile Jofra Archer – who will be joining Jos Buttler and Ben Stokes at the Rajasthan Royals in this year’s IPL – continues to climb (up 32 places to No.154).

Elsewhere Pakistan’s Hasan Ali is up 31 places to No.67 while New Zealand’s Corey Anderson – who has recently re-signed for Somerset – is down 36 places to No.75.

The two major movers into the top 500 are South Africa’s Heinrich Klaasen (up 341 places to No.349) who smashed 69 from 30 against India at Centurion, and CJ Dala (up 239 places to No.335) who equalled Bhuvneshwar Kumar’s seven wickets in that series.

The highest new entry outside of the top 500 is Pakistan’s Umaid Asif at No.664 who has claimed six wickets with an economy rate of 5.4 after four matches.