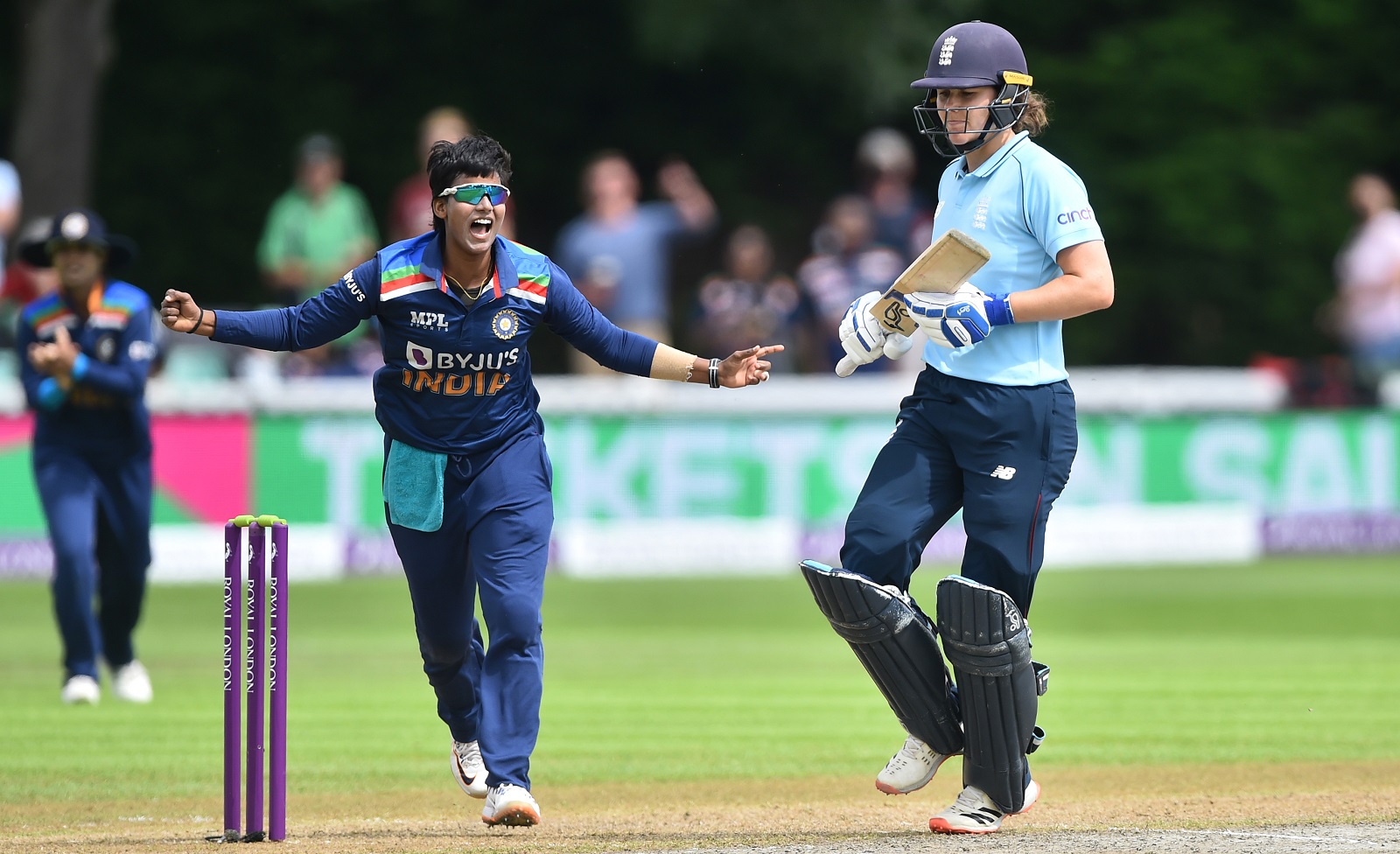 Posted at 11:11h in Uncategorized by Jim Hindson

Nat Sciver and Deepti Sharma are the big winners in the latest women’s T20 Player Index after climbing to career-best positions in the standings after the England-India series.

Twenty-eight-year-old Sciver scored 98 runs (strike-rate 153.12) and took three wickets (economy rate 5.20) to rise into the top five for the first time at No.4.

Sharma (No.10) produced a player of the match performance in the second T20 at Hove, helping to deliver an eight-run victory, to propel herself into the top 10.

A handy 24 not out was followed by figures of 1 for 18 via her consistent offbreaks while she also ran-out England captain Heather Knight in the failed chase.

Hosts’ spinner Sophie Ecclestone is another in unchartered territory, rising to No.12. Indeed, if the standings were calculated purely on bowling the Cheshire-native would be top of the tree.

The 22-year-old underpinned that status with 3 for 35 in the multi-format series clinching win at Chelmsford.

While it was not the most fruitful series for Shafali Verma, her 48 runs continued her rise as she went to No.32 in the standings, coming barely two years after she first entered the Index.

Elsewhere, in the Charlotte Edwards Cup, Thunder batter Emma Lamb struck the tournament’s maiden century against Sunrisers – hammering 111 from 61 deliveries. As well as being the tournament’s leading run-scorer, no bowler has taken more than her eight wickets (4.44 economy rate).

As well as showcasing the best of women’s elite T20 cricket, the Index also highlights emerging talent on the circuit.

There are few better recent examples of this than Leah Dobson, who is a new entry at No.287 after just three games in England’s Regional T20 competition during which she has scored 64 runs.

The Yorkshire batter is a graduate of The Cricketer’s Kia Summer Smash having played for 2019 runners-up Sessay.